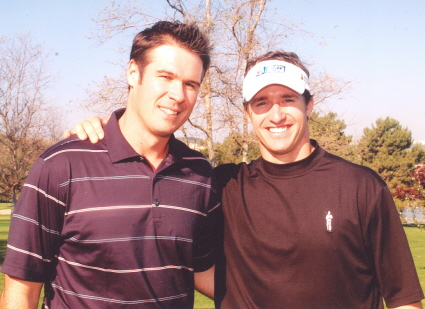 Today the Eagles released A.J. Feeley, who spent six seasons in two stints with the Eagles and started seven games. Presumably, the Eagles were unable to trade Feeley in the past few days and decided to release him now rather than keep him around for a few more weeks.

Yesterday, we noted that releasing a QB and adding a DT was a possibility, and it turns out that the Eagles cut Feeley to do just that. The Eagles claimed 6-3 322 pound DT Antonio Dixon, who was a rookie free agent from Miami that was cut by the Redskins.

Feeley was always an interesting character on this team and in this city. His popularity and public profile always far exceeded his actual on field production or natural talent. He's made a career out of being nothing more than a backup or third string QB, but the fact that he's a nice guy and dates a good looking, semi famous pro athlete has always made him well liked by Eagles fans.

In many ways Feeley typifies the old adage of the backup QB being "the most popular guy in town." He never had the expectations that Donovan McNabb has had, so he's never gotten the pressure or criticism Donovan has. When Feeley came into a game and played well, everyone loved him... when he came into a game and struggled... well that was ok because he's just the backup. It was always a win-win for Feeley with Eagles fans. In some ways, I guess he can count himself lucky that he never actually became the starting QB of this team. He'll always be liked in this town now, but had he ever had the expectations of a starting QB... I'm not so sure his legacy would be looked upon quite as fondly.

In the end, A.J. is a good guy and he did a good job in the role he filled on this team. I'm sure all Eagles fans join me in wishing him well. I'm sure he'll be able to catch on with some team in need of a QB.