That's the smell of capitalism

Share All sharing options for: That's the smell of capitalism 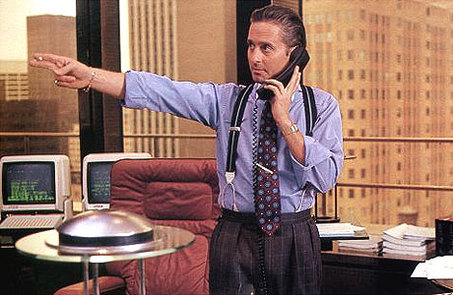 Upon the Eagles' signing of Michael Vick, a number of animal rights organizations tried to organize boycott's of Eagles and NFL sponsors. Some groups wrote to sponsors of the NFL in an attempt to show their displeasure for allowing Vick back into the game. While I can't say as though I agree with the need for such a boycott... I respect their right to do so and understand their motivation.  I don't think they're wrong for what they've tried to do.

I say "tried to do" because it seems the almighty dollar has won out... Click after the jump for a healthy dose of good ole American capitalism.

Modell's was kind of thinking about not selling Vick jerseys but....

Mitchell Modell, owner and CEO of Modell's Sporting Goods, said he initially had reservations about selling Vick jerseys. But it didn't take long to see there was "pretty high demand" for No. 7's replica sports apparel - especially at his Philadelphia-area stores.

"We weren't planning on selling it until the customers started coming into the stores demanding it," Modell said. "As long as the customers are coming in, we'll sell it. We're in the business to serve our customers."

Modell's is just one step ahead of Dick's sporting goods who didn't initially plan to stock Vick jerseys. But don't take that as a sign of their morality or anything...

"Right now we don't know how much of a demand there is for [the jersey]," Dick's chief marketing officer, Jeff Hennion, said in a prepared statement. "If there is a demand for it, we'll sell it."

One animal rights group wrote to Pepsi, a sponsor of the Eagles and the NFL and actually got a response. In short, the response was "Yeah what he did was wrong but... whatever."

The NFL has said that Mr. Vick has been reinstated to the league on a conditional basis and will be considered for full reinstatement by mid-October based on the progress he makes in his transition plan. As sponsors of the NFL, we have the utmost confidence that the senior leadership at the NFL will continue to appropriately address this issue.

None of the Eagles' corporate sponsors have pulled their support.

The Eagles had prepared for a backlash after signing the convicted dogfighting ringleader last week. But while Vick is disgraced in the court of public opinion — the one that drives lucrative endorsement deals — his addition has not jeopardized the team's corporate support.

None of the more than four dozen Eagles sponsors had pulled out as of Wednesday, said Marlyse Fant, Eagles vice president of sales and service.

Reaction from Eagles sponsors has varied. Radio rights holder 94-WYSP said it has had "little to no reaction" from the station's sponsors.

Don't take this article as any sort of criticism of these companies either. Were I running them, I wouldn't do anything different from what they are now.

I think this is another component of what has been an interesting reaction to the return of Mike Vick to the NFL. Corporate sponsors seem fine with it, NFL management appears to have been instrumental in bringing Vick to the Eagles, NFL players are overwhelmingly happy about it(it's a fraternity so no shock there) with even Giants talking about how they're "proud" of the Eagles, and honestly I've found the national media reaction to be rather positive. ESPN especially, who would probably love to see Vick regain his former star status, seems to filling their airwaves with talk of what a great idea it was for the Eagles to sign Vick. It appears that the only segment of the NFL machine to have reservations about the move are the most important part, the fans.

The question is, do the feelings of the NFL/ESPN/corporate sponsors influence the way the fans feel or do they reflect the way the majority of fans feel?