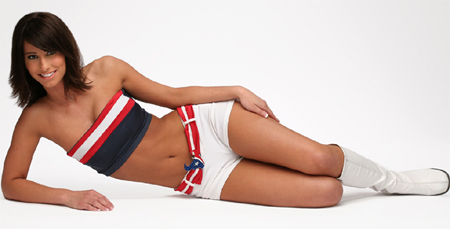 Eagles' Jack Ikegwuonu aims to get on track | Philadelphia Inquirer | 06/15/2009
Jack Ikegwuonu wants both his legal and his leg problems behind him, and it's possible they could be in his rearview mirror by the time he arrives for the start of training camp late next month at Lehigh University.

Eagles' Celek insists he'll be the best tight end on the block | Philadelphia Daily News | 06/15/2009
Brent Celek caught 19 passes in the playoffs, including 10 in the NFC Championship Game, then had the pleasure of spending the next 3 months listening to Eagles fans beat the drum for a tight end in the first round of the April draft.

Didinger: NFL Notes: Time is Now For McNabb
McNabb wanted the team to get better and more explosive players on offense. They’ve done that. McNabb wanted his contract reworked. The Eagles did that, boosting a deal that was worth some $19 million to $24.5 million with incentives that could bump it up even more. "OK, Don," they are saying. "You got what you wanted. Now go win us a Super Bowl."

Fan-Demonium: Part 2 - The Offensive Line - Philadelphia Eagles
I've been reflecting on some of the areas where the Eagles needed to improve in the off-season. While the team did almost reach the Super Bowl they were not exactly a juggernaut in the regular season. Now that changes have been made in free agency and the draft, today let's take a look and see just how much the Eagles have improved on the offensive line ...

Inside the Iggles | A Philadelphia Eagles Blog
I love predicting so-called "breakout" players prior to a new Eagles‘ season. I haven’t always had the best of luck, although last year I went with Quintin Mikell, who ended up having a career year.

Ibanez, Donaghy cases refuel the debate about blogging | Philadelphia Inquirer | 06/14/2009
Is what bloggers do journalism? Is what journalists do passe? Should bloggers assume the same standards as journalists? Should the MSM ignore or embrace them? And are the two entities performing the same function or something inherently different? And what about mainstream media journalists who blog for their newspapers?