Share All sharing options for: Sheldon Brown contradicts himself 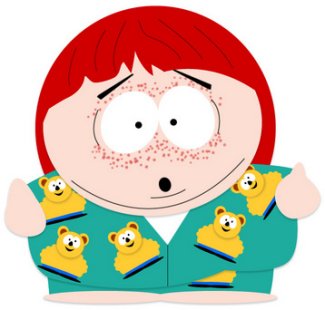 Speakng to Les Bowen Sheldon Brown responded to the Eagles response to his public trade request.

I would encourage you to check out the whole article and get Sheldon's full comments, but this particular one struck me as a complete joke.

"I've always been treated like the redheaded stepchild, ever since I was drafted," Brown said.

"I've always been the nice guy, never said anything. I think they took that for granted," Brown said.

How can he say that with a straight face? The guy was paid a nearly $8 million  signing bonus after just a year of starting experience. He was installed as a starter very early on and has kept his starting job for his entire career. Even when the Eagles signed Asante Samuel and had another former pro bowler, Lito Sheppard, on the roster... it was Sheldon who kept his job.

When the Eagles gave Sheldon a contract extension in 2004 he said this.

"It's a good thing for not only myself but my family," Brown said. "The most important part is that I'm glad the Eagles believe in me. Now I'm more anxious to prove that I can be worthy of the signing."

So where were you lying Sheldon? Today you say you were "treated like the redheaded stepchild, ever since I was drafted." Yet when you signed the contract you said "The most important part is that I'm glad the Eagles believe in me."

So do they "believe in you" or "take you for granted?" You have contradicted yourself, I'm just wondering when we(and the Eagles) are supposed to believe you? Now or then?

Some people will point to Sheldon's $2 million base salary and say that it's low for a solid starting CB, but we can't forget the $8 million check he cashed on the day he signed his extension. His real cap figure is closer to $3.5 million this year. Over the next 4 years Brown is scheduled to make $12.25 million.

How does that compare to similar players who were free agents this year?

There were a few solid starting #2 CBs on the market this year that are close in age to Brown. 27 year old Bryant McFadden signed a 2 year $10 million deal with $5 mil of that guaranteed. So he'll make about $5 mil a year over the next two years, which is more than Sheldon but he also recieved less guaranteed money. Jabari Greer signed a 4 year $23 mil deal with $10 mil in guarantees, Greer is only 26 compared to the 30 year old Brown. Phillip Buchanon, 28, signed a 2 year $8.5 mil deal.

Now, had Sheldon been a free agent there's a good chance he would have gotten a deal similar to Buchanon or McFadden. That would probably make him an extra 2 or 3 million per year over the next 2 or 3 years.

However, Sheldon was not a free agent. He chose to eliminate the risk of waiting until free agency to cash in by signing a big extension with the Eagles. These players I listed above took the risk of heading to free agency. Any one of those guys could have gotten a serious injury or played poorly in the past couple years and could have gotten considerably less money or nothing this year. They were rewarded for taking the risk and becuase they stayed healthy and played well they got paid.

Sheldon wants all of the rewards and none of the risk. That's simply not how business works. He's now decided to do what Jason Peters did and sulk over his contract and try to get out. It worked for Peters... but then again Peters is a two time pro bowl offensive lineman who just turned 27. Sheldon is solid #2 corner who just turned 30. Teams will break the bank for 27 year old pro bowl OL, they don't do that for 30 year old solid CBs.

Look at what happened to Lito. He was traded for conditional picks and signed a "prove it" contract that could see him dumped next year for nothing.

Bottom line is that Sheldon isn't underpaid. He's being paid exactly what he deserves. If wanted to be paid like this year's free agent crop, he should have signed an extension that would have made him a free agent this year. Instead, he elected to take the money in 04. Now he regrets that, but it was his mistake. His agent and him will try to paint it as if the Eagles are the bad guy and poor Sheldon is underpaid and disrespected... but the fact is that this is entirely the fault of Sheldon and his agent.