Eagles may move up to draft Moreno

Share All sharing options for: Eagles may move up to draft Moreno 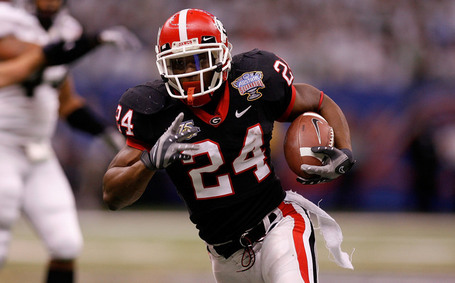 With the 21st pick in the first round Philadelphia is targeting Georgia RB Knowshon Moreno.They've expressed a willingness to trade up in the first round to make sure they get him according to league sources. With Brian Westbrook turning 30 at the end of training camp, coming off an injury plauged season, and knee surgery this offseason the Eagles have to find an heir apparent. If Moreno is gone, look for the Eagles to trade down and take a back later.

NFL.com has reported that Moreno has visited the Eagles. His combination of pass catcing ability and running would make him a perfect fit for the Eagles offense.