Share All sharing options for: Philadelphia sports scene heating up

There's few times in the year when all 4 sports in Philadelphia have something interesting going on all at once. Now is one of those times. With the Flyers and Sixers both in the postseason, the Phillies starting the defense of their title, and the NFL draft... it's a crazy time for Philly sports fans. All 4 of our major sports teams have all been in the postseason over the past year, and a local college made the final 4. 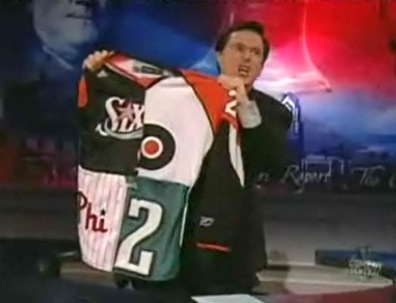 I wanted to take the opportunity to point out the great coverage of Philly sports we've got on the SBNation network.

The Good Phight covers the WFC Phillies and has had some great tributes to Harry Kalas over the past few days.

Liberty Ballers covers the playoff bound 76ers and has been previewing the upcoming series against the Magic.

The Flyers playoff run is underway and Travis has the orange and black covered at Broad Street Hockey.