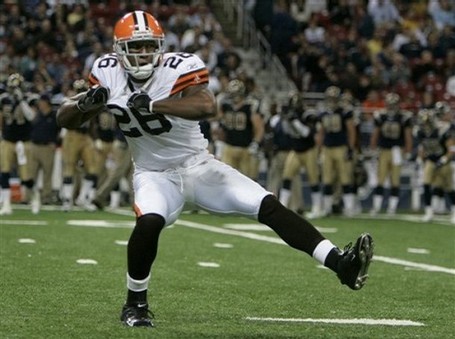 Jones is coming off three very straight very productive years in Cleveland. In 06 and 07 he averaged over 100 tackles per season and he's snagged 14 INTs over the past 3 years. Jones has started at strong safety for the Browns but played more free safety in college.

Jones is 6'1, 220 and just celebrated his 27th birthday. Seems like this would be a very solid signing if it happened.

Also, I would suggest you NOT do a google image search for Sean Jones.