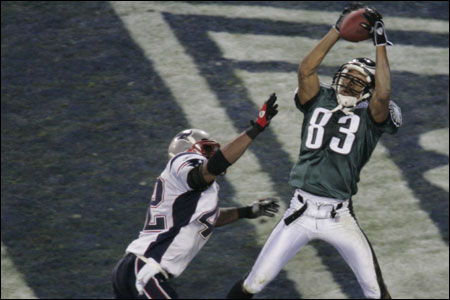 Hot off the presses from Adam Schefter, Greg Lewis has been traded to the New England Patriots for a undisclosed draft pick.

For a few years Bill Belichick has always had an odd fascintation with Greg Lewis. Mentioning him by name even as a player New England had to watch out for when playing the Eagles. Lewis has had some good games against the Patriots, most notably when he caught a long TD in the Superbowl.

Odd that someone would trade anything for Lewis considering he's always close to being cut...