Remember a few days ago when I snickered at the report about Tra Thomas having a "very good" visit with Jacksonville Jaguars? Remember how it really sounded like Derrick Gunn's "source" in the report was quite clearly Tra's agent? 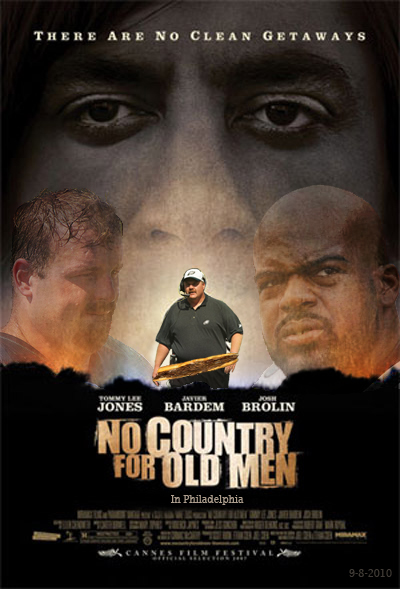 Seems like that was true. The Jaguars say Thomas never visited them and the "meeting" was no more than an informal phone call.

The Jaguars spoke with Philadelphia free-agent left tackle Tra Thomas recently, but that’s about as far as things went. Jaguars spokesman Dan Edwards confirmed Tuesday that the sides engaged in informal discussions, but Thomas wasn’t brought in for an official visit and never stepped foot inside the club’s facilities. A native of DeLand, which is approximately 100 miles south of Jacksonville, Thomas likely visited the area and contacted Jaguars officials to gauge their interest.

The article goes on to say that the market for Thomas' services is almost nonexistent.

Meanwhile, Thomas' talks with the Jaguars might be a ploy by the 34-year-old to drum up interest around the league. A native of DeLand, Thomas visited the area Monday and contacted Jaguars officials to gauge their interest.

Thomas turned down a contract recently from the Eagles, but he appears to be learning the market for his services isn't what he initially expected. Thomas told Philadelphia reporters before the start of free agency that he wanted to remain an Eagle, but he was prepared to seek employment elsewhere if he could secure a more lucrative deal.

Such offers haven't surfaced for Thomas.

"They haven't shown any interest in bringing me back, so as hard as it is, I have to move forward," Thomas said via a text message yesterday after returning from a visit with the Jacksonville Jaguars. "The Eagles have always been the team I wanted to play for, but now I have to go to the team that wants me."

A source with knowledge of the situation said the Eagles' offer to Thomas before the start of free agency was "way too low.

In that same Inky article, they mention that LJ Smith will be visiting the Detroit Lions. Reports over the first weekend of free agency said he had signed a deal in Atlanta. That doesn't appear to be the case.