Dawkins: "I wanted to be an Eagle"

Share All sharing options for: Dawkins: "I wanted to be an Eagle"

Yesterday 950 ESPN scored an interview with Brian Dawkins that they will run in it's entirety today, but they did send out a few clips to tease... 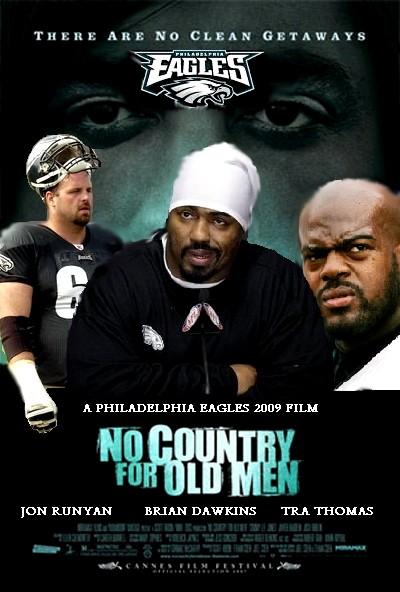 "Denver came out of the jump, and we didn’t have to prompt them to offer me anything," Dawkins said. "They came out the jump just like this. Not quite where it is right now, but it was close to that. We didn’t have to ask for anything. This is what they came out with, wanting me there. They made it clear right away that I’m not a ‘want’ there, that I’m a necessity. They feel they need me here."

"I would say they opened my eyes right away that this was a business deal. That it wasn’t about me being who I am to the team. It was about my age, and it was a business decision. And that really hurt."

Not much surprising about the interview, I think we all pretty much assumed that this was how it went down. The Eagles simply don't pay players in their mid 30s lots of money, and Dawkins felt that he would be an exception to that rule(he was given a new contract at 32). He wasn't.

Dawkins also said, "What I was offered was … that was it," Dawkins said. "No one gave me any impression that there would be any flexibility in it.

Two sides were playing this game. The Eagles didn't "deny" his opportunity to be an Eagle. He just wantd more money. This is not to say he didn't deserve more money or that the Eagles didn't simply lowball him as a sign that were ready to move on... it's just a statement of fact.

No one should "hurt" by this deal. They both made the same decision.