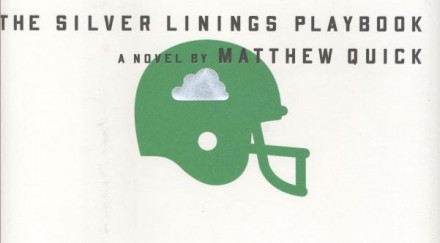 A few months ago we talked about(and got a copy of) a book called "The Silver Linings Playbook" which is about love and depression, but also partially centers around an Eagles season. /Film reports that it has been optioned for a movie.

Today, The Hollywood Reporter tell us that The Weinstein Co. are behind David O. Russell’s adaptation of Matthew Quick’s novel The Silver Linings Playbook. This news popped up a few times recently in interviews with Quick and a YouTube video of the author reading from the novel, but nobody much noticed it; and the story of Russell’s involvement originally broke over a year ago, even before Nailed began shooting. If only there were more hours in the day for me to trawl the web

and bring links to you. I would do it, you know? Because I love you.

The book actually has Hank Baskett as a minor character, will Hank get a call to be in the film?