Yesterday Daily News' writer Paul Domowitch made the audacious claim on his Philly.com "blog" that you can "Book it: The Eagles will take a RB in round one." 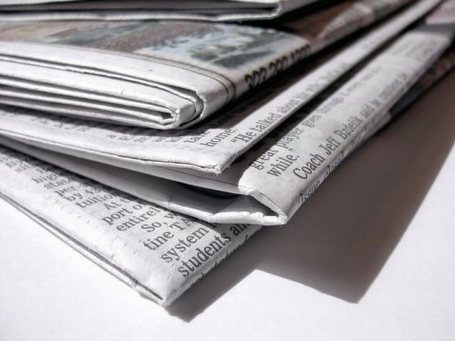 My gut feeling right now? Probably not Wells and probably not McCoy. Maybe they trade up for Moreno. Or maybe they stay put and take Brown with one of their two picks. But they will take one of them.

Well, his colleague over the Inquirer(they really work for the same company) Bob Brookover seemed to take issue with that and shot back later in the day using his own Phily.com blog. "Is there money back with blog's guarantee?"

Since blogs get buried under new blogs faster than newspapers get placed in the bird cage, there's really little risk in making a guarantee. Who'll remember what was written in Eaglesomethingorotherian a month from now?

He also had a juicy quote from Tom Heckert at the owners meetings to refute the idea that the Eagles would take a back in round one...

"I think over time it has been proven that you can find backs later on," Heckert said. "We obviously haven't been great at it. We got Brian (Westbrook), but if you look around the league there are guys taken in the fourth and fifth round. I think it's probably an easier position to find than offensive tackle or defensive end, so those are the guys you better take early."

Is Heckert throwing up a smokescreen or he is just being honest? In the Andy Reid era the Eagles have never taken a RB higher than the 3rd round.

Will the Eagles actually take a RB in round one? Will Domowitch respond to the salvo from Brookover?