Share All sharing options for: Leonard Weaver talks about signing in Philadelphia 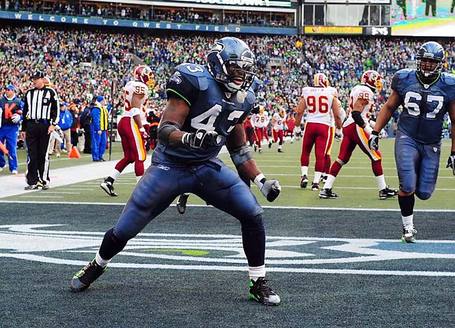 "When I looked at Philly, I looked at the type of offense they run," Weaver said via conference call. "In free agency, a lot of the guys look at the money. For me, that wasn't really the case. I looked at more of the opportunity. I hope I get a chance to catch passes, but they called me to do some blocking and that's exactly what I'm expected to do. I looked at the offense and it's basically the same offense Mike Holmgren ran in Seattle. I liked the opportunities there, so I took a chance."

Weaver says he prides himself on his versatility

"One of the things I pride myself on is being versatile," Weaver said. "Not just being able to block, but also to be able to catch (the ball) out of the backfield and being able to run. It's just a matter of getting me behind the righzt coach to help me develop those skills. I had the right coach in (Seattle in) Stump Mitchell. From that point on, it kind of solidified who I was in terms of a pass catcher out of the backfield and it solidified to defensive coordinators that this guy could run and catch the ball as a fullback, so we have to account for him as well.

Weaver will be introduced to the Philly media tommorrow around noon.