Share All sharing options for: Dealer denies selling to Buckhalter, Police have wiretaps 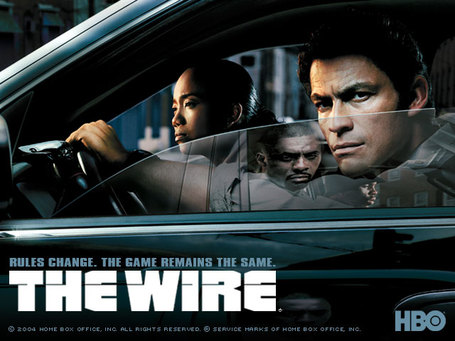 Styles N. Beckles, 36, of Clifton Heights, testified that he had told police, "Yes, I know them, but I don't sell them any drugs." He is charged with drug possession and intent to deliver drugs.

I know... don't laugh too hard. I'm sure they were "just friends..." Not to doubt Mr Beckles, but the cops have transactions between the two on tape.

Beckles was arrested in April in connection with a two-year investigation into a violent drug ring operating in Chester, a probe that resulted in the federal indictment of 34 people.

Beckles denied that the marijuana and drug paraphernalia found in his home and car were his.

Trooper Scott John Miscannon testified yesterday that he had been listening to wiretapped conversations on Beckles' cell phone when Buckhalter called.

Miscannon also said the "CoR" that had been written on an "owe sheet," or ledger, found in Beckles' home stood for Buckhalter.

Deputy District Attorney Katayoun M. Copeland asked Miscannon if he was able to conclude what relationship Buckhalter had with the defendant.

"That Styles Beckles was supplying Correll Buckhalter with quantities of marijuana," Miscannon said.

Buckhalter has not been charged in the case and so far there doesn't seem to be any indication that he will be. Still, with the feds being involved you never what could happen. He may end up being called to testify. Plus, this is no longer just hearsay evidence... the cops have proof Buck was a customer. While he probably won't be in trouble with the law, the likelihood of him getting in trouble with Goodell just went way up.