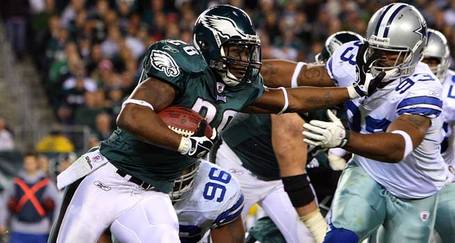 An alleged drug dealer(with an awesome name BTW) has named ex Eagle Correll Buckhalter as one of his clients.

A Delaware County prosecutor this morning named former Eagles running back Correll Buckhalter among the reported clients of an alleged drug dealer during opening arguments of a trial.

Given Buck's history with the weed, it's not a stretch to believe Mr. Beckles here. Buckhalter was suspended in 2001 after being arrested on South Street for possession of marijuana.