Share All sharing options for: L.J. Smith signs with Ravens? 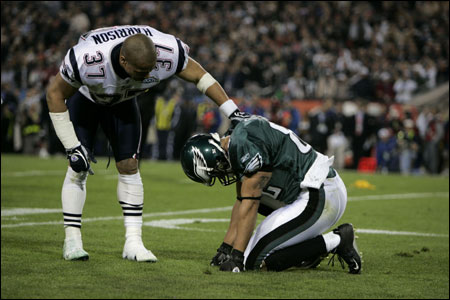 We just wrapped up a spot on 105.7 the Fan in Baltimore with Scott Garceau and Anita Marks, during which they reiterated their report that free-agent tight end L.J. Smith would/could be signing with the Ravens.

So after ending the call we decided to poke around a bit, and we confirmed that, indeed, Smith already has been signed.

One year, one and a half mil was the best deal he could find? Presumably he'll back up Todd Heap.

The only part of LJ leaving that is likely to upset Eagles fans is that it didn't happen last year... Falcon fans were rejoicing when it was reported LJ would not be signing there.