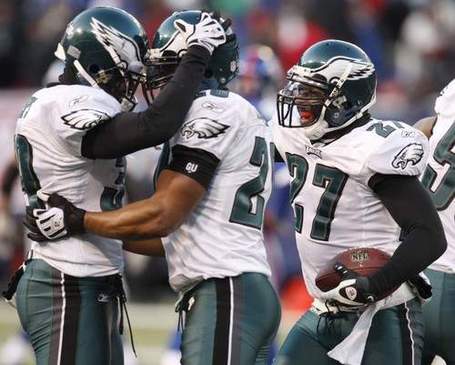 As all Eagles fans reflect on how Dawkins' departure affects them and the team, there's probably no person who his leaving has a greater affect on than Quintin Demps. Barring a significant free agent signing or high draft pick, Demps is the presumed starter at free safety.

Demps was as shocked as everyone and knows he has big shoes to fill.

"I didn't believe it at first. I was like, 'Wow.' I just thought for sure that he would end his career as an Eagle ... I was stunned by it," Demps said from his home in San Antonio on Saturday after learning that Dawkins signed a five-year deal with Denver.

Demps says he's learned from Dawkins and is ready to make the best of this opportunity.

"We knew (Dawkins leaving) was going to happen eventually," Demps said. "I'm going to take the opportunity and run with it."

That's why Demps will return to Philadelphia later this week to begin preparing for the 2009 season. He's already started to work out. Demps wants to take everything he learned from Dawkins and put it to good use.

"I learned that you don't have to lead by rah rah. You can lead by example," Demps said. "You got to have passion to play this game, but this is a business at the same time. You have to have love for the game. I was only here for one year and I saw how much of a leader he was. It's going to be crazy."