From Sheldon's lips to McNabb's ears

Share All sharing options for: From Sheldon's lips to McNabb's ears 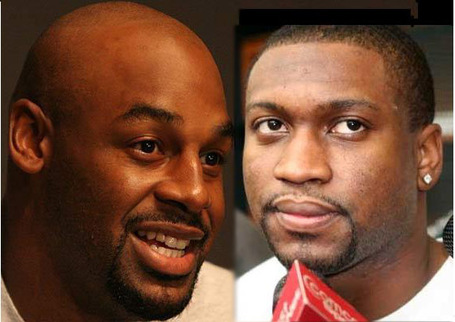 Anyone who regularly reads the blog knows I love to find Sheldon Brown's quotes whenever possible after a game. Partly because it cracks me up when he refers to himself in the third person, but mostly because he's probably the most honest athlete in town. He doesn't give PR answers, he's not outrageous, he's just honest. So it was interesting to read his thoughts on the latest local radio firestorm over comments by Donovan at the Super Bowl.

Speaking to WIP's Howard Eskin, Sheldon had some interesting things to say and I'd encourage you to read more quotes from the interview, but one quote really stuck out to me.

"The only thing I'm upset with, he feels that he has to defend himself to somebody. He don't," Brown said. "The only thing he has to realize is, as long as your peers and your teammates respect you, that's the only thing that  matters becase that's who you gotta look in the face on a day-to-day basis. And we're not talking about him so he's good to go."

Sheldon is spot on here and I think he really gets what McNabb's biggest problem. Donovan doesn't owe the media and explanation for every little thing he does. He doesn't need to defend himself after every game or justify every quote.

The perceived "mistreatment" of McNabb by the local media is certainly fueled by this. I'm not saying McNabb is necessarily to blame, but his insistence to meet every accusation and address every story certainly doesn't help. The atmosphere between McNabb and the media was summed up perfectly by Bounty Bowl last week. He's covered less like a sports figure and more like a celeb. Absolutely spot on analysis.

I think Donovan should take what Sheldon says here to heart. He's not accountable to the media. He's accountable to his teammates and the fans... there's no need t picka  fight with the media or take the bait every time it picks one with him.