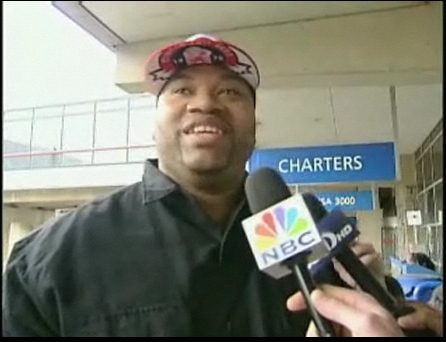 From the Daily News

Andrews, 27,  the brother of Eagles right guard Shawn Andrews, said the prospect of playing alongside his brother was thrilling.

"That would be great. It'd be a great feeling. It'd be a boost for Shawn and me, (and) the organization. It's something I'm looking forward to .. It'd be great to be playing right beside my brother, dominatin' over there.

"It was something we've been talking about every since we first got to the league" in the 2004 draft, he said. Shawn went from  Arkansas to the Eagles in the first round, Stacy went from Ole Miss to the Bengals in the fourth.