Share All sharing options for: Lito Sheppard to visit Jets 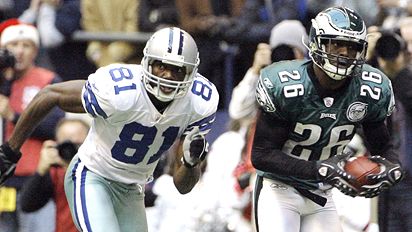 From the NY Daily News

But here's the big one - they're working on a trade for Eagles CB Lito Sheppard, according to league sources.

In fact, Sheppard is due to visit tomorrow with the Jets. The former first-round pick has one year remaining on his contract, with a base salary of $3 million, but he has been looking to be traded ever since the Eagles signed CB Asante Samuel last offseason.

Sheppard would step in as a starter, opposite Pro Bowl CB Darrelle Revis. Ivy will be a nickel back, his role with the Ravens.

It would be nice to get the Lito situation over sooner rather than later. If the Jets offer a 3rd I'm guessing the Eagles will take it happily.