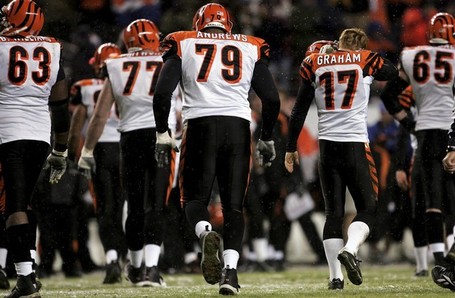 The Eagles have officially confirmed that OT Stacy Andrews will visit the Novacare complex today. They have also said he will be made available to the media at 11:30am on Saturday.

Presumably, if he's in town for more than a day than a deal is all but done.

The Eagles are wasting no time in free agency addressing their primary need, the offensive line. They will have highly-regarded and highly-sought right tackle Stacy Andrews in for a visit later in the day on Friday. He boarded a late-morning plane and is expected in to the NovaCare Complex later in the afternoon. Andrews will be made available to the Philadelphia media on Saturday at 11:30 AM.

Stacy Andrews stands at 6'7 and weighs in at 342 pounds. With his 6'4 335 brother Shawn next him, the Eagles have the makings of a massive right side of their line.