Share All sharing options for: Eagles lock up Hanson 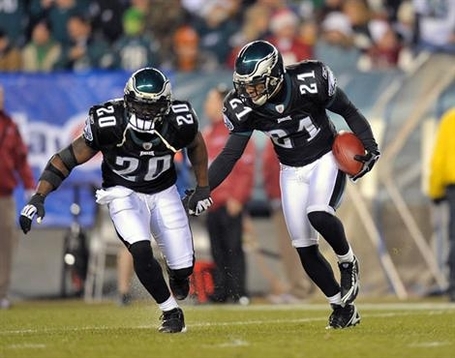 The Eagles announced on Friday night that they've agreed to a five year deal with cornerback Joselio Hanson, who was due to become an unrestricted free agent.

"We are happy to keep Joselio in Philadelphia with a long-term contract," said head coach Andy Reid. "He's become a productive and valuable player on defense for us over the last few years, especially in nickel situations. Good cornerbacks are certainly a valuable commodity in this league and Joselio definitely fits that category."

Andy is right. Solid CBs are hard to find and Joselio has certainly developed himself into a capable nickel corner. I think he clearly outplayed Lito Sheppard this year, much of that on effort.

It's important to get deals with our guys done before free agency starts and this is certainly a good example of that. Hopefully Dawkins & Thomas are soon to follow.

Thanks to SaxManNate for the tip