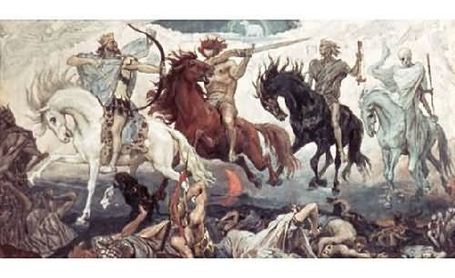 2010 approaches like a silent stalker.  You could say almost ninja-like.  We all know that the NFL Collective Bargaining Agreement is set to expire, and without resolution, one of the most immediate consequences is an uncapped year in 2010.  So naturally, when this happens, we all know the inevitable results right?  Jerry Jones going on a mad spending spree, the Patriots signing every grubby veteran they can get their hands on that wants a ring, the Giants spending money like water; we’re headed for a disaster of biblical proportions.  Fire and brimstone coming down from the skies! Rivers and seas boiling!  Forty years of darkness! Earthquakes, volcanoes...  Human sacrifice, dogs and cats living together... mass hysteria!  Right?

It seems like the popular view many places is that these are the inevitable outcomes.  Well, except for those last few sentences.  In reality though, there are a lot of mechanisms that are built into this scenario that will not allow any super spending, and those players that feel this simply means that the vaults will open may have a rude awakening ahead.  Let me be clear; this is a bad thing for everyone.  Let’s take a closer look.

First, what is the CBA?  For all intensive purposes, it’s simply a contract between the National Football League (the employer) and the Player’s (the union).  CBAs are present in many different industries; not just football, and they’re all constructed in the same basic means and have the same goals.  Ideally, a CBA sets up rules and regulations that control all aspects of things such as working conditions, wages, employment eligibility regulations, grievance procedures, and union vs. employer responsibilities.  Specifically, the NFL CBA covers all of these aspects, and additionally deals with a great multitude of other concerns that stem from the various areas already mentioned.  In laymen’s terms, it’s just a document that dictates how things will be run and how relations will be controlled between the employer and union/employees.

If no progress is made, and the uncapped year goes into effect, there are going to be many things that happen, so let’s try to clear some of them up so we all know what exactly to expect.

First, the free agent market may not be as flooded with bodies in the first place due to a few different things that will happen.  One aspect is due to the alteration of restricted versus unrestricted eligibility.  It will now take an additional year to be eligible for unrestricted free agency.  So all of the players from the draft in 2005 that signed five year deal and everyone from the 2006 draft that signed a four year deal would now be RFAs instead of UFAs.  To put a figure on this, it’s about 170 players.  Next, teams will have an additional Franchise Player tag to use; to accompany their current FP tag and their transition player tag.  This would allow teams to tag even those individuals that still do qualify for unrestricted free agency.  So, basically, this could reduce the projected free agent pool by over 200 players (and probably the most talented 200, at that).

So you’re still worried that the great teams are just going to suck up the few good FAs that hit the market right?  Not so fast.  There’s also going to be rules that limit how the final eight teams from the playoffs can sign FAs.  The last four teams won’t be able to negotiate with any FA that wasn’t cut or finished their contract with another final four team.  Teams five, six, seven and eight are allowed to sign one player with a salary of $4,925,000 or more and an unlimited number of players with a first-year salary of no more than $3,275,000 (annual increase of no more than 30 percent in the following years).

In a previous post, we already covered the fact that there will be no likely to be earned incentives that can be stored up and passed forward (something the Eagles love to do).  This will eliminate phantom money being used at a later date.  There are also some other things that will happen that specifically state how a player’s salary can or cannot be loaded into the contract.  This will prevent teams from signing people to multiyear deals that pay everything in the uncapped year and retaining the players once the cap is reinstated.  Among other things, the teams will no longer be required to contribute to things such as retirement funds, 401ks, educational funding, etc.  There are other concessions that will be made, but my main goal was to show that it’s not going to be an all out bidding and spending spree.  The dreadful part is, I’m confident that there are many players that are looking forward to this thinking that it’s going to be a big pay day, only to find out that they are suddenly restricted free agents or will get franchised out of nowhere.

Like I said, an uncapped year isn’t what many people think it is.