Enjoy some grapefruit with the WFC Phillies

Share All sharing options for: Enjoy some grapefruit with the WFC Phillies 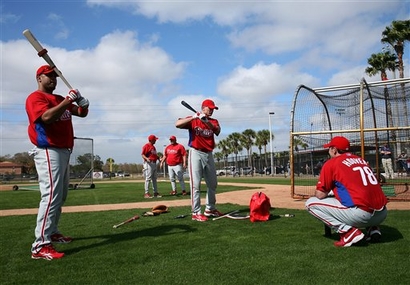 Since the vast majority of Eagles fans are also rabid baseball fans, I'd be remiss if I didn't mention that the "World F$!&ing Champion" Philadelphia Phillies began play in the grapefruit league this week as spring training got underway. There's ton of great Phillies blogs out there following the Phil's quest to repeat as world series champs.