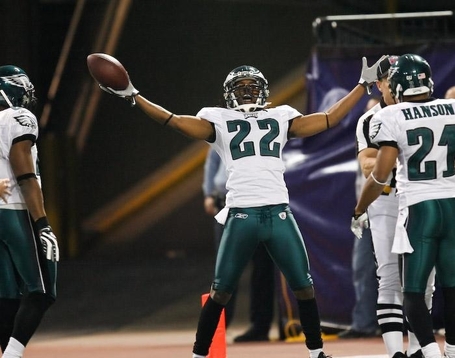 Does anyone remember what Asante Samuel said at his first press conference after signing his $57 million free agent deal with the Eagles?

I just want a chance to be able to win and get back to the Super Bowl. That's why I picked the Philadelphia Eagles."

Does anyone remember how that comment was met with derision by national media types and former Pats teammates? Particularly Wes Welker?

"Asante's a great player, so it hurts not to have a guy like that. But then again, it's part of the business of the game," Welker said. "He chose money over championships, and that's the way it goes sometimes."

ESPN types mocked him... how could he say such a thing after leaving the great Patriots for the Eagles? How could the Eagles give him a better shot to win the superbowl? If he really cares about getting back to the superbowl surely he would have stayed with the almighty Pats right?

Never mind that the guy was just trying to be nice and say the right things... But it is nice to see Asante and the Eagles vindicated in a way. As it turns out, Philly really did give him a better shot to get back to the superbowl this year.

I wonder if anyone of those people who mocked him will acknowledged that this week?