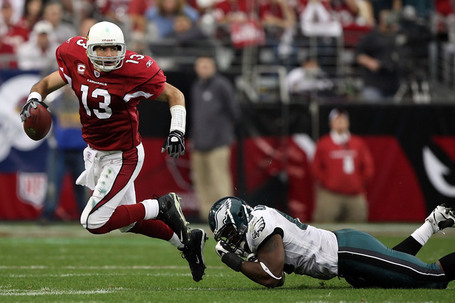 I hate complaining about refs. I really do. In the end, if a bad call screws your team it's usually only because you put yourself in a position to have it affect you. That said, a bad call is a bad call. To not flag Rod Hood when he slips and tries to drag Curtis down on that 4th down play is a bad call. We called it. Aikman and Buck called it. It was a pass interference plain and simple. To not call it is wrong. It shouldn't matter what the situation is. We still had a long way to go and there's no guarantee whatsoever that we would have gone on to win the game... but it was pass interference. What's worse, Curtis still had a shot to catch that ball and a pretty good shot at that.

Bad call aside, the first half and the defense killed us

Make no mistake about it, that non call was horrible... but we lost this game because we didn't show up in the first half. The offense did next to nothing and the defense was dominated. They made a valiant effort in the second half to redeem themselves but the hole they dug was too big.

That said, in the 4th quarter of this game we had the lead. We took the lead, the defense had a chance to shut the door and they came up small. They allow Arizona a 7:46 minute, 72 play TD drive. A championship defense doesn't allow that to happen. If there was a pivotal game deciding drive in this game, that was it.

How do we rate McNabb in this game?

After the Viking and Giant game I gave McNabb a lot of credit. I specifically said that final stats aren't where playoff performances are judged. The final score is. He may have not had great statistical games, but he made 3rd down plays and did what he needed to win. You could say he did enough to win this one as well. His stats were impressive. 28-47, 375 yds 3 TDs, 1 INT(on a tipped pass no less).

I thought Howie Long made an interesting point before the game. When a team wins all the credit goes to the QB and when they lose it's all his fault. He's correct and QBs really do get too much of the praise/blame... Certainly no one can point to McNabb as THE reason we lost this game. He had a poor first half, but he certainly led that second half comeback with some great throws. That said, there is a time when QBs really do make their money. When their legends are made. At the end of this game, McNabb didn't make the plays he needed to. Let's put that 4th down non interference play aside. He had two open WRs on second and third down and missed them with bad throws both times. Sorry, but all those second half heroics tend to be forgotten when you can't hit an open receiver with the game on the line.

I just have to list these because they really blew me away. Greg Lewis dropping a wide open pass downfield in the second quarter. Demps falling down on the gadget play that resulted in the Fitzgerald touchdown. Quintin Mikell dropping an INT at the end of the first half. Demps blatant cheap shot on Warner that gve them 15 free yards on the final drive of the first half that ended in a FG. McNabb wormburner to Baskett in the second quarter where Hank had the entire middle of the field wide open to run. This didn't hurt us, but what was Abiamiri thinking trying to field that kickoff that was headed out of bounds? Incredibly dumb. Badly overthrown McNabb pass to Curtis who was wide open behind the defense on the first drive of the 3rd quarter. Bad drop from Baskett on perfect pass on second and long in the 3rd quarter. Akers missing an extra point and a FG. Right after the Eagles TD in the 3rd quarter Akers sends the ensuing kickoff out of bounds. Two consecutive terrible passes to wide open WRs on the final drive. McNabb threw way over the head of a wide open Desean Jackson and well behind a wide open Hank Baskett.

Let's not forget what we have

Just because the Eagles did not win the superbowl, doesn't mean Reid should be fired and McNabb should be traded. There's an element that calls for everyone's head after every single loss. We simply can't act like a run to the NFC title game is meaningless. We destroyed Dallas in a virtual playoff game. We beat the NFC North winners on the road and we beat the NFC east winning/defending champs on the road.

What does the future hold for this team? I don't know. We'll clearly be discussing that in the weeks to come, but "blow it up, get rid of everyone" clearly is not what should or will happen.

And for anyone that thinks the old meme that lack of a "#1 WR" is why we didn't win... Curtis caught 4 passes for 122 yards and Jackson caught 6 passes for 92 yards and a TD. I believe we need another playmaker on offense, but we've got WRs that can play.