It's good to be the Birds

Share All sharing options for: It's good to be the Birds 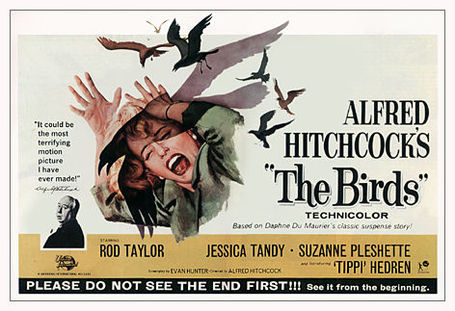 I was out for dinner last night after the game and someone had an interesting epiphany about the NFL playoffs so far.

In the divisional round, teams with "bird" nicknames went undefeated. The Arizona Cardinals, Baltimore Ravens, and Philadelphia Eagles.

In fact, only one "bird" team has lost in the playoffs so far and that was the Atlanta Falcons who, of course were beaten by the Cardinals.

I sure it's meaningless, but interesting nonetheless.

While we're talking about wierd coincidences, there's the Tampa connection.

In October, the Phillies beat the Tampa Bay Rays in the world series to end Philly's 25 year championship drought. To get into the postseason, the Eagles needed the Tampa Bay Bucs to lose to the Raiders... which they did. Finally, this year's superbowl is played in none other than Tampa Bay, Florida.

Has the city of Tampa become our good luck charm?