David Akers: Redeemed or not?

Share All sharing options for: David Akers: Redeemed or not? 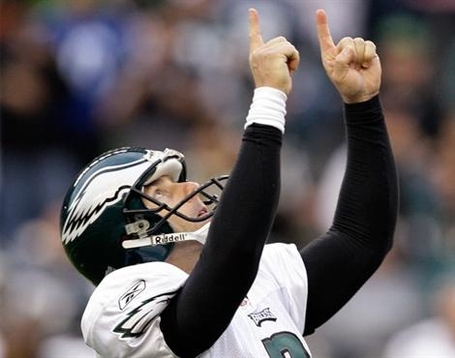 Back on September 30th, after David Akers missed 2 kicks against the Bears, I wrote a piece about how much he had been struggling over the past few years. That Bears game was the start of a tough three game stretch where Akers missed 4 kicks, three of which were from 50+ yards.

Is there still an issue with Akers? In that previous article our conclusion was that Akers had a confidence problem. His leg strength wasn't an issue as his kicks had plenty of distance, he was just sailing them wide. So if indeed confidence was the issue, has six straight games without a miss helped bring the confidence back?

What is your level of confindence in Akers these days?