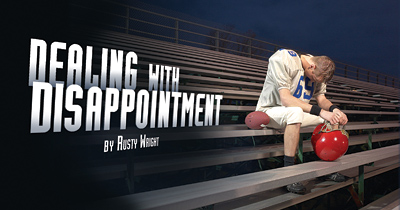 A play to define a season

A tease of something good only to come up just a it short at the very end. That was the final play of the game, that was the season.

The Eagles offense we suffered through most of November watching returned today. They were shut out in the first half, got a field goal after a big play where the Redskins had a defensive lineman covering Westbrook, and that was that. The only other drive where the Eagles offense showed anything was the final one... and that led to nothing.

Calling out the goats

Desean Jackson - 4 drops on the day including 2 deep passes in the 4th quarter, one of which would have been the game tying touchdown.

Donovan McNabb - Several things conspired for this game to be a tough one for McNabb. Calling 48 pass plays on a windy day without two key WRs certainly didn't make this game easy on him. Having his WR drop 7 passes didn't help and neither did the fact that it seemed open receivers were hard to find. That said, clearly McNabb was not at his best today. Several key throws ended up in the dirt, there was a play early where Avant had beat his coverage and was wide open for what probably would have been 6 points but McNabb sailed it long, there was the fumble... McNabb wasn't terrible, but he wasn't good enough.

Sav Rocca - 8 punts for an average of less than 40 yards and only one ending up inside the 20.

Asante Samuel - We didn't pay you $57 million to drop a sure fire pick. Campbell gifted that one to you and you dropped it. Just like most passes that were in the hands of Eagles today.

Andy Reid - 48 called pass plays. Twelve run plays. One end around. On a windy day where this team was without two key recievers, where the recievers that were healthy couldn't get open, and when they did dropped the ball. It's a joke to be that pass heavy. We never even tried to run.

Despite it all... Eagles still in it

Despite the fact that they squandered their chance to control their own destiny, the Eagles still have a shot at the postseason. If Tampa loses to Oakland and the Eagles beat Dallas they'll be in. If Tampa beats Oakland, both the Eagles and Cowboys will be out. Unless the Eagles/Cowboys game is moved to Sunday night(which it likely won't), that game will be played at the same time as the Tampa game.

And given the way Dallas looked this week and the way the Eagles looked this week... That game isn't looking like a very exciting affair. Neither team appears to want to be in the postseason.

The Redskins were eliminated today. So I hope they enjoyed their celebration. :)