The Eagles have adopted the old NHL tradition of the playoff beard to remind them that the job is not finished. (Eagle Scout) 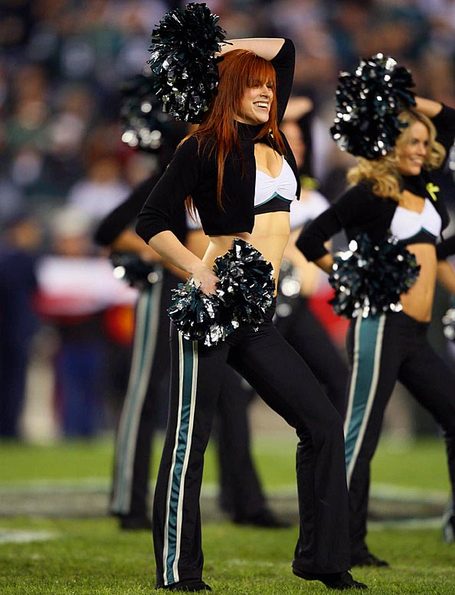 In his latest blog, McNabb talks about everything he is thankful for this year. (Yardbarker)

The win over the Giants captured so eloquently in a Haiku. (Poor sports)

The age old debate. Blame the players or the coaches? (Iggles Blog)

Sports Illustrated argues that the Panthers, not the Giants, are the team to beat in the NFC. Carolina now controls it's own destiny to get the top seed in the NFC. (SI)

Doesn't it feel nice to know that the Eagles are the LEAST dysfunctional team in the NFC East? (Bounty Bowl)

Since the Eagles have Sunday off this week, here's a little guide of what to watch for. (Snarkin The NFL)

The gap between us regular Joes and pro ahtletes seems larger than ever. (Bleed Eagles Green)

Plaxico Burress is cheap... among other things. (WIth Leather)

From the Jets/49er game last weekend, one of the nastiest hits you'll ever see. (Fan IQ)

Simply because no one seems to have taken any pictures of Megan Fox this week... I give you Alyssa Milano, 49ers fan. (Hollywood Tuna)