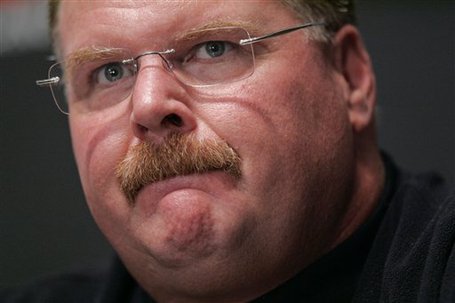 We began taking the pulse of the Eagles community two weeks ago after the home loss to the Giants. At the time Andy Reid's approval rating amongst fans sat at 17%.

After the tie with the Bengals it dipped to just 8%.

Since then, the Eagles have played 2 games in the span of 5 days. The first a dismal blowout defeat to the Ravens which saw starting QB Donovan McNabb benched. The second a blowout win over the Cardinals on Thanksgiving which saw more focus on the run game and a rejuvenated McNabb.

After such a tumultuous, up and down week in Eagle-land how much confidence in Reid do the fans have now?