Hank Baskett to marry Kendra Wilkinson at the Mansion

Share All sharing options for: Hank Baskett to marry Kendra Wilkinson at the Mansion 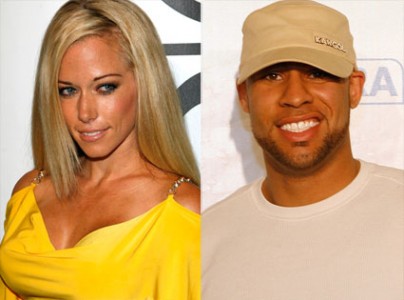 The playboy mansion that is... America's creepy grandpa Hugh Hefner has given Baskett and Kendra Wilkinson his blessing.

The Playboy mogul said in a statement Thursday that "The Girls Next Door" co-star Kendra Wilkinson is engaged to Philadelphia Eagles receiver Hank Baskett. The 23-year-old model-actress has lived with Hefner since 2004 and currently co-stars as one of his three girlfriends in the E! reality series.

"I have given her my blessing and will be giving her away at a very special wedding ceremony at the Playboy Mansion this coming June," Hefner said.

So Hank caught himself a playmate. Personally, I'd rather be writing stories about Hank catching touchdown passes... this weekend preferably?