LJ Smith is practicing and set to start

Share All sharing options for: LJ Smith is practicing and set to start 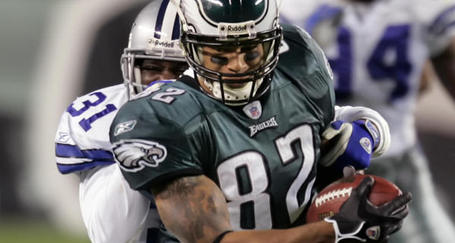 "L.J. is a starter when he comes back, and hopefully it works out for him with his [concussion]," Reid said yesterday at the NovaCare Complex. "He's making progress, just getting him back in there. We'll see come Wednesday, but he's getting ready."

The only reason this is news is because of the career game backup TE Brent Celek had starting in place of LJ last week. Celek had 6 catches for 131 yards against Seattle.

For his part, Brent Celek doesn't think he's earned the starting job yet.

"I don't think so. I don't think I've really earned it," Celek said, when asked whether he expected a larger role, after putting up more yardage than Smith has ever managed in a game, in six Eagles seasons.

"I think I've showed what I can do, but like I've already said, L.J. is a great player, and I'm happy that he's back this week."

What do you think? Is one big game enough to hand Brent Celek the starting job? Especially a game against a suspect defense? On the other side, it's not as if LJ has done a whole lot to justify his starting job so far this year.