Reid: There are jobs on the line

Share All sharing options for: Reid: There are jobs on the line 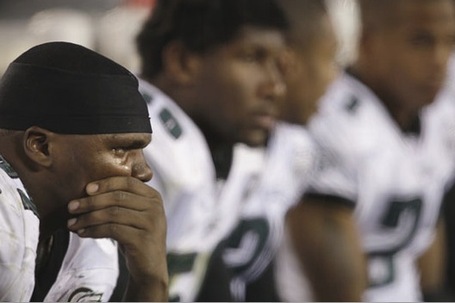 Although he may not show it publicly, Andy Reid is just as mad about the direction of this team as you are.

"I guess he felt his normal mild-mannered self wasn't working," linebacker Omar Gaither said. "With Coach Reid, when the volume goes up and he starts turning red, you start paying a little more attention."

I bet you do. Reid lit into the team Wednesday at the morning meeting and let everyone know that not only was the season on the line, there were jobs on the line. Unspoken, of course, is that his will eventually be one of them if this sort of play keeps up. Long before he goes, however, a whole lot of players who disappoint him will find the door.

After Reid's tirade, Brian Dawins held a players only meeting to further drive home the point. It should be interesting to see if there are any lineup changes this weekend in Baltimore and if this reaming Reid gave the team has any effect.