The 700 Level is holding group therapy for frustrated and angry Eagles fans. (700 Level) 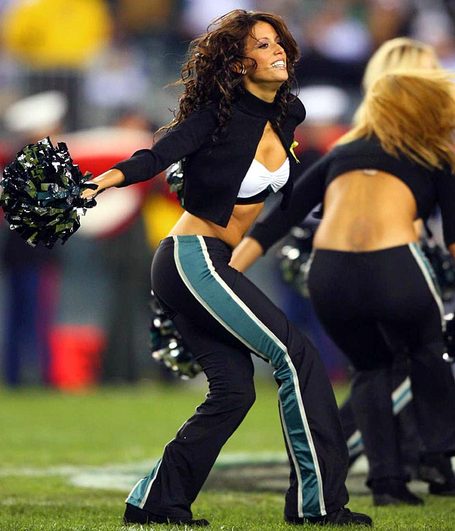 One day Bounty Bowl hopes to also be banned by the Eagles in their press box. (Bounty Bowl)

Here's a really funny look at some recent trends in the NFL. (Poor Sports)

The road to the playoffs for the Eagles is looking more and more difficult. (Iggles Blog)

Cincy Jungle says comparisons between Bengals rookie WR Jerome Simpson and Eagles rookie WR Desean Jackson are unfair. Simpson was taken 3 picks before Jackson but hasn't produced nearly as much nor has he had as many opportunities. (Cincy Jungle)

One Eagles blogger is oh so close to giving up... (Eagle Scout)

The boys at the Eagles fancast lamented the Sunday night loss and what it might mean for the remainder of the season. (Eagles Fancast)

Could the Eagles main problem this year be a lack of the swagger they had in 2004. (Bleed Eagles Green)

A good way to tell whether the Eagles are winning a game is to see how often their defense is getting off the field on 3rd downs. (Santa Deserved It)

If you're unemployed, you can go to a Nets game for free! (With Leather)

Audrina Patridge from "The Hills" must work out. (WWTDD)