Share All sharing options for: Is Brian Westbrook still injured?

I said in my game recap that the only man that can shut down Brian Westbrook is Andy Reid. During Reid's day after press conference reporters tried to pry out of Andy the reason Westbrook was only given 13 carries. 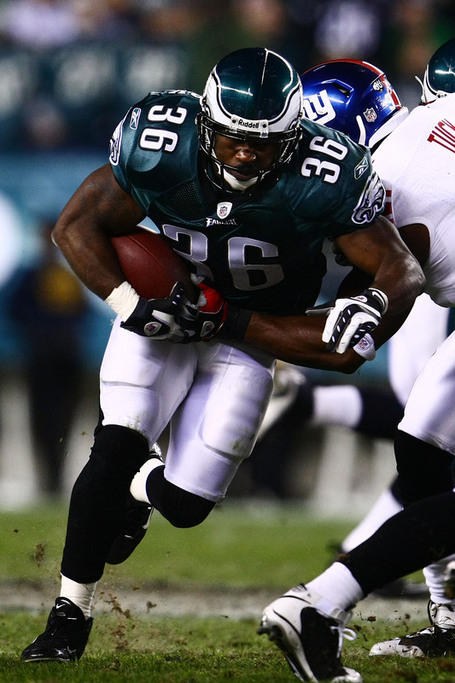 "I'm not going to say he's 100 percent," Reid said. "But at the same time, he's good enough to where he can be effective as long as we take care of business up front."

So exactly how far under 100 percent is Westbrook?

"It's tough to say what your percentage of health is," Westbrook said when asked about Reid's assessment during Westbrook's ESPN 950-AM radio show last night. "As a player, you go into every game ready to play, but of course, you're never going to be quite 100 percent during the season. Once you get injured once in the football season, it takes a long time to get completely healthy. For me, I'm still fighting the injury bug, trying to get completely healthy. There's no question I'm not 100 percent. My goal is to be out there and try to help this team. I want to be out there until coach feels I'm not able to help this team anymore. I think I'm still able to help this team win football games."

Reid called the Eagles' running woes "a combination of things" and said, "There's no reason we should be stopped in the running game like that."

Andy, we weren't stopped... we never even tried to run it. When you hand the ball off to a back 15 times you didn't try to run the ball. That's the problem.