Did you get your Phillies celebration tickets?

Share All sharing options for: Did you get your Phillies celebration tickets?

The parade will begin at noon at 20th and Market Streets, then head down Broad Street for two mid-afternoon rallies: a main one at Citizens Bank Park and another at Lincoln Financial Field.

Phillies players and officials will appear at both venues.

Looks like the Citizens Bank Park tix went mostly to season ticket holders and were gone pretty quick. Tickets to the party at the Eagles stadium were also offered to Eagles season tix holders first, but the 70,000 person capacity of the Linc allowed for a few more tickets to be available.

Lincoln Financial Field, Section 234 is where I'm at. But I'll be definitely hitting Broad Street first.

If the scenes from last night are any indication, tommorow should be amazing! 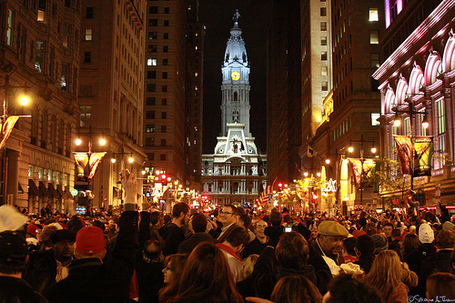