Share All sharing options for: Frontrunners celebrate uniting of their two favorite teams 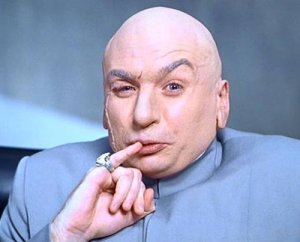 All you Yankee/Cowboy fans who have never even sniffed New York or Dallas yet root for the teams anyway really have something to celebrate today. Your two favorite teams have joined forces in a new venture to create the most evil company ever conceived.

The Dallas Cowboys and New York Yankees are forming a company to handle concession and merchandise sales at their new stadiums.

The partnership brings together two of the most recognizable franchises in all of sports and two of the highest-profile owners in the Cowboys’ Jerry Jones and the Yankees’ George Steinbrenner. Legends Hospitality Management seeks to eventually work with other pro teams and college programs.

Each club will move into a new stadium next year. Cowboys and Yankees officials said at a news conference Monday that the company will allow them to provide better food options for fans.

So the Pizza Hut guy will make for "better" food options? What are they serving at these stadiums today if that's the case? Also, Wall Street investment firm Goldman Sachs is involved in the deal.

"The New York Yankees, The Dallas Cowboys, and Goldman-Sachs"

Name three business that have spent tons of money the last few years with little or no return.

How long before the Lakers buy into this company and finalize the triumvirate of front running bandwagon evil?