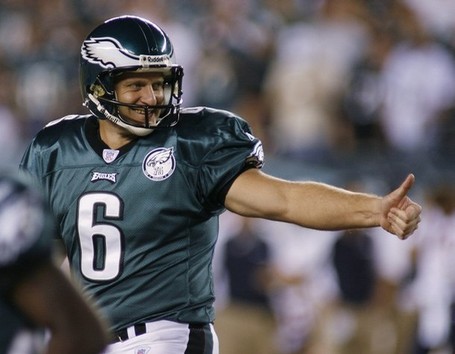 For his excellent performance in the first quarter of the season, our own Aussie import Sav Rocca has been named NFC special teams player of the month. Good on ya Sav!

Eagles punter Sav Rocca will be named NFC Special Teams player of month tomorrow. Rocca led the NFL with a 44.1 net average in September, including punts of 65 yards (a career long), 64 and 61. He also placed seven of his 18 punts (39%) inside the 20-yard line. Rocca becomes the first Eagles punter to earn player of the month honors. Eagles K David Akers twice earned those honors in November 2000 and October 2007.