Share All sharing options for: An interesting night awaits Philadelphia 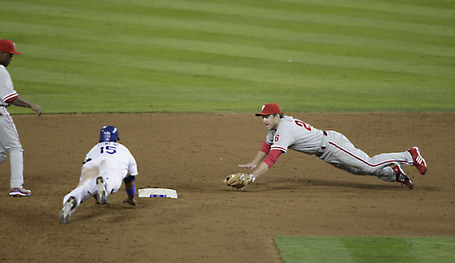 This isn't exactly Eagles related, but we've got a bye week coming up so... why not get off topic a bit?

Tonight philly sports fans will be faced with a choice. Game 5 of the NLDS in which the Phillies have a chance to advance to their first world series in 15 years is on head to head with the 3rd and final presidential debate.

Watch the Phils possibly clinch the pennant or possibly decide the future of the country?

For me, it's the Phils. I watched the first debate, I watched the second debate... and they were more or less the same. I doubt the third one will play out much different than the first two... but the Phils? Who knows what will happen there?!

Still, no one can argue that choosing the next president isn't more important that a baseball game overall. So what do you guys say?

The Inquirer weighed in on the subject today.